Alexi came up to Oxford to study PPE in 2014, with no faith in Jesus to speak of at all. Wonderfully, like so many others over the past century, the witness of keen followers of Jesus in the city changed that. Alexi was able to hear the gospel clearly explained and accepted Jesus as his lord and saviour after his first year of studying.

How good would it be for students everywhere to have the chance to hear and respond to the gospel of Jesus Christ like this?

That is the vision that motivated Alexi to move to Manchester to get involved with the work of giving 100,000+ students in Greater Manchester that opportunity. Alongside two other CU staff in the city, his role is encouraging, equipping and supporting Christian students to reach out to their friends. Alexi’s focus is especially on Manchester Met and Salford. Prior to working as a CU staff worker Alexi worked briefly in corporate finance and for two years as Vaughan Roberts’ study assistant at St Ebbe’s Church in Oxford.

Signing a professional contract to move to Manchester had long been an ambition of Alexi’s. Surprisingly he doesn’t have to wear studs for this role, but he feels like he has he dream job, nonetheless, being able to spend his time making Jesus known on campus where he is not yet known. He is so grateful for all who support him and the wider ministry of UCCF and the church of Christ.

Alexios works with these CUs...

Please give now to support Alexios's vital work with Christian Unions. We can't do this without you.

Partner with Alexios in prayer by receiving a prayer letter. 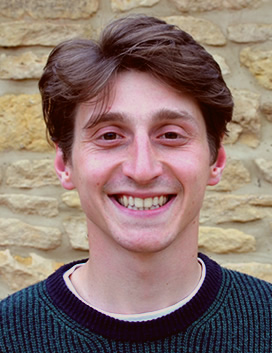