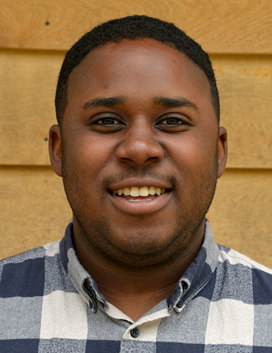 Elliot grew up in a warm and energetic family in Leeds. Growing up, faith and church were always part of life in some form. But as a teenager, Elliot made the conscious decision to reject his parent’s faith and set his heart on attempting to satisfy all the desires he had by living exactly how he wanted to live.

After a few years of becoming increasingly frustrated with his lack of satisfaction, Elliot began thinking through the Christian faith for himself. But it wasn't until Elliot was studying at the University of Lincoln that he came to know Christ.

Elliot found it absolutely staggering to think that God sent his Son to die for the sins of the world. As Elliot grew in his understanding of the good news of Jesus, his passion for the Bible, his passion to see every area of life impacted by the gospel and his passion to see his friends come to faith in Christ, also grew.

Since then, Elliot has had the privilege of leading a student ministry in Lincoln, spending some time studying at Bible college, living and working overseas in Kenya and serving in a local church plant as a ministry intern.

He is very excited about seeing students equipped to joyfully participate in Jesus’ mission.

Elliot lives in Nottingham with his wife Gillian, and their daughters Eliza and Remy. He loves talking about the good news of Jesus, Christopher Nolan films and a cold beer with something meaty.

Elliot works with these CUs...

Please give now to support Elliot’s vital work with Christian Unions. We can’t do this without you.

Partner with Elliot in prayer by receiving a prayer letter.