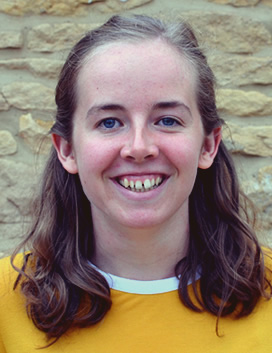 Jemima first came to Leicester as a Relay Worker with UCCF in 2018 when she ticked 'send me anywhere' on her application form. Since then, she has had the privilege of being able to continue to serve the Christian Unions across Leicestershire.

Originally from South Wales, Jemima became a Christian when she was ten years old. She moved away in 2014 to study Psychology at the University of Nottingham, specialising in the Psychology of altruism during her Masters year.

As a massive extrovert, in her spare time she enjoys having fun with friends, and every Wednesday evening she attends a local writers group called 'The Speculators'.

Jemima works with these CUs...

Please give now to support Jemima’s vital work with Christian Unions. We can’t do this without you.

Partner with Jemima in prayer by receiving a prayer letter.