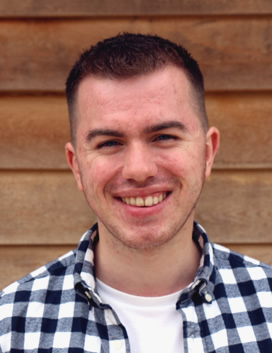 Matt grew up in a small town called Stevenage. Living in a community of north-Londoners, Matt learnt the meaning of ungodly opposition when as a young boy he decided to support Chelsea football club instead of Arsenal or Tottenham – a decision that has served him pretty well so far…

Matt is a graduate of Warwick University where he studied History. University was a significant time for Matt in a number of ways but particularly with regards to his involvement with the CU there. Matt learnt some of the joys of joining-in God's mission and encouraging others to run with him towards seeing the university changed for God’s glory.

Matt enjoys football, playing the guitar, pretending he can still remember his A-level Spanish, and thinking about how to communicate the gospel in culturally resonate ways.

Matt also has a strong interest in apologetics and the role it can play in clearing the way for Jesus. To this end, he spent a year studying at the Oxford Centre for Christian Apologetics, sharpening his skills in theology, apologetics and evangelism.

Matt works with these CUs...

Please give now to support Matt’s vital work with Christian Unions. We can’t do this without you.

Partner with Matt in prayer by receiving a prayer letter.