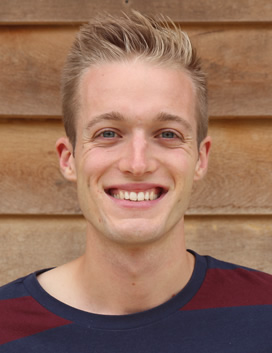 Growing up in Kent, Oli first came to understand the message of Jesus Christ as a young teenager, when his grandmother encouraged him to start going along to a local church youth group.

Though his journey began with many questions, he recognised God's call on him to repentance and faith, and he committed his life to Jesus. Some time later, in his gap year, Oli went to Latin America as a missionary, where he helped construct churches, was involved in various ministries and helped serve the local community with his team.

Oli moved to Brighton after his gap year and studied Philosophy at the University of Sussex. He found university to be an exciting environment where he enjoyed being challenged intellectually, as well as getting involved in many different aspects of university life. He was an active member of his Christian Union, seeking to challenge non-Christians' assumptions about Christianity in conversation and willing to defend key tenets of the faith such as the truth of the resurrection in a public debate.

Since university, and before joining the UCCF Staff Team, Oli worked for two different churches in the UK and taught English in Madrid for two years. In the summer of 2019, at the end of Oli’s first year on Staff, he got married to Gemma.

Oli loves hosting friends and family for dinner with his wife. He also enjoys sports, reading and walks.

Oli works with these CUs...

Please give now to support Oli’s vital work with Christian Unions. We can’t do this without you.

Partner with Oli in prayer by receiving a prayer letter.