Team Leader in our Scotland region.

Peter has been involved with the work of UCCF since his student days in Dundee when the teaching and mission of the CUs were both formative and inspiring.

His wife Eleanor was a staff worker in Aberdeen, Dundee and St. Andrews when they got married in 1993.  They were in church ministry in Aberdeen between 1996 and 2015 when Peter joined the UCCF staff team as Team Leader in Scotland.

Peter and Eleanor have two children, Esther & Jamie, both of whom were involved with CU mission while students.  Esther is now a staff worker in Edinburgh supporting the CU at Edinburgh University.  Jamie, married to Hannah, lives in Glasgow.

Please give now to support Peter's vital work with Christian Unions. We can't do this without you.

Partner with Peter in prayer by receiving a prayer letter. 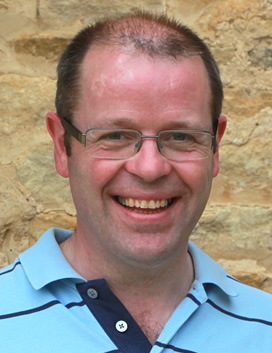