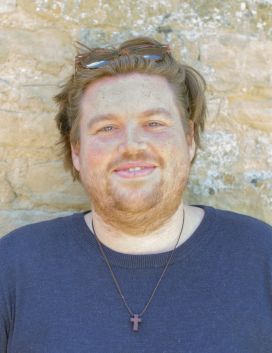 Adam grew up in Manchester, where his grandma took him to church from a young age. Not fully understanding what church was about, he came along out of love and respect for her, even though sometimes he would rather have been somewhere else.

Adam went on to study TV Production and Technology in Wrexham Glyndwr University and, even though he wasn’t a follower of Christ at the time, he joined the Christian Union as per his grandma’s dying wish. The first year in university was life-changing for Adam; he met many new friends and his future wife. But most importantly, through Bible studies in CU, the love and prayerfulness of his new Christian friends and with support and guidance from his Staff Worker, Adam started following Jesus and growing in his faith.

Adam was amazed at how sovereign and merciful God is, realising God pursued him through all the years and had now forgiven his sins and given him new life. Adam went on to become CU Worship Leader and then President, and ever since he has known that God is calling him to be involved in student ministry.

After university, Adam spent time working in various IT and web design positions and became heavily involved in youth ministry with his local church and town community. The time doing youth ministry was an incredible blessing, but student ministry has always had a special place in his heart.

Through much prayer and God’s providence, Adam is beyond excited to now live in Chester with his wife and children, and to work full-time in student ministry as a Staff Worker for Liverpool Hope and Chester. It feels like a dream come true. Adam and his family feel privileged to serve God and students with UCCF and play their part in God’s amazing plan of reaching, saving and discipling students.

Adam works with these CUs...

Please give now to support Adam’s vital work with Christian Unions. We can’t do this without you.

Partner with Adam in prayer by receiving a prayer letter.