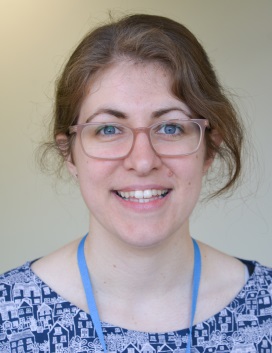 EA to the Director and Company Secretary to the Board (maternity cover).

Alison studied French and German at Oxford University where she became known as the ‘grandma’ of her college CU. She moved to Bedford to do Relay which had a huge impact by bringing her to trust in God’s goodness and love more fully. She then spent two years working alongside students in Belgium with the IFES InterAction programme.

In 2015, she returned to Oxford where she has tried her hand at academic administration, the student midwife life (at Oxford Brookes) and communication support work in a secondary school.

Alison loves being part of the office team and, when she’s not in Blue Boar House, she can often be found watching old sitcoms, reading or strolling around Oxford’s lovely parks.

Partner with Alison in prayer by receiving a prayer letter.