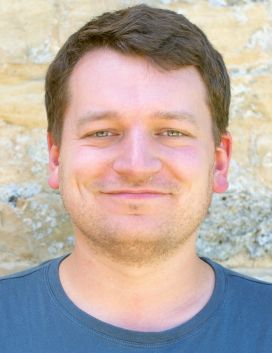 Ben grew up in Cheadle just south of Manchester, his parents always took him along to church and he was involved in the youth work there with lots of close friends. He was faithfully taught about Jesus by his parents and his leaders at church and on summer camps. As Ben grew up he found himself trying to defend his faith at school and around the same time started helping out at the Sunday school groups at church.

While it's debatable whether Ben has every really 'grown up', he did get older and at 18 set off for university in Sheffield. He got stuck into a faithful church and joined the CU; getting involved in small groups and even bringing housemates along to a few events. However, God used the new friendships Ben made with Christians in Sheffield to open his eyes to a growing disconnect between what he said about Jesus and the way he lived. Those same friends helped him to discover the depths of love and forgiveness offered by Jesus and the joy that comes from allowing these to shape your whole life.

Since then God has graciously persevered with Ben, teaching and challenging him through Relay (UCCF’s graduate training programme) in York, a year with the IFES InterAction programme in Czechia, teacher training, marriage and two children. Ben worked as a science teacher in a secondary school and sixth form in Sheffield for six years before joining the UCCF family again. He's passionate about working alongside young people and students and is really excited to be helping students think biblically and creatively about how they can share the good news of Jesus with their friends.

Ben lives in Sheffield with his wife Jo and their two girls, Imogen and Ellie. He enjoys watching, thinking and talking about films, bouldering and, on the rare occasion when he gets the chance, playing his guitar.

Ben works with these CUs...

Please give now to support Ben’s vital work with Christian Unions. We can’t do this without you.

Partner with Ben in prayer by receiving a prayer letter.