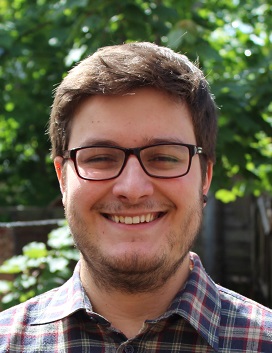 Before he left university, Connor read some research that said in the “adult” world it takes two years to make a new friend, but he didn’t believe it. Surely it wouldn’t take two years before he could invite a new friend to an evangelistic event or ask them to read the Bible? However, after living for three years in the ‘adult’ world, he knows it is definitely true. By God’s grace, he has had opportunities for evangelism and seen people come to faith, but it is much less frequent than at university.

Looking back, this makes Connor so thankful to God that he didn’t waste the time that he had at university, but used that ‘last best opportunity’ to its fullest. But this certainly wasn’t down to him. He is utterly convinced it was due to God using a great CU and excellent CU Staff Worker doing everything they could to help him. He now wants to do the same! Students are the best placed to reach their friends, and Connor want to equip them as well as he can so that they too can look back at their time at university knowing they used it for God’s glory.

Connor has the privilege of being part of the UCCF team in London; working with St George’s (a university training the country's next generation of healthcare workers), University College London (the proudly secular university), and the School of Oriental and African Studies.

Connor works with these CUs...

Please give now to support Connor’s vital work with Christian Unions. We can’t do this without you.

Partner with Connor in prayer by receiving a prayer letter.