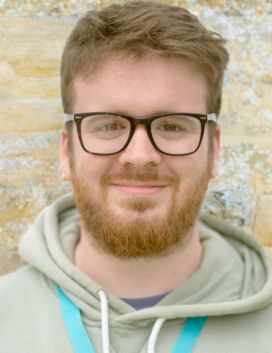 University was a significant time for Connor as a young Christian. Over four years studying in Cardiff, God grew his faith in Jesus, his love for the church, and his desire to see those who don’t know Jesus be saved. One of the biggest catalysts for Connor’s growth during university was the Christian Union. There, Connor began to grasp just how much his mates needed to hear the gospel, and just how important it was that he plucked up the courage to go tell them. After graduating, this conviction led to him serving with UCCF; first as a Relay Worker in Cardiff, and now - after two years working with a church in Edinburgh - as Staff Worker in Swansea and Carmarthen.

Connor loves being involved in God’s work in Wales, especially the exciting work of student mission. His job is to encourage, equip and support the CU members in Swansea and Carmarthen as they seek to share God’s Word with others around them.

Connor works with these CUs...

Please give now to support Connor’s vital work with Christian Unions. We can’t do this without you.

Partner with Connor in prayer by receiving a prayer letter.