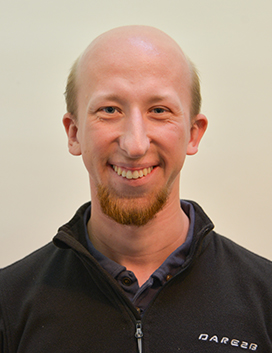 Phil got his first taste of student mission as an undergraduate at the University of Exeter, having grown up in Reading and spent a year in Sweden before starting university. Whilst studying for his bachelors in Politics, Philosophy and Economics, Phil became deeply involved with the Evangelical Christian Union, and came to love not only the other Christian students he met there, but even more so the opportunities the ECU created for him to share his faith in Jesus with students who did not yet know him.

Having greatly enjoyed his time in Exeter and his involvement with CU, Phil decided to spend another year in Devon working alongside CUs full time, this time as a Relay Worker in Plymouth. Although challenging, this year further increased his love for seeing the Gospel proclaimed on University campuses, and a passion for serving Christian students through CU ministry.

On the back of this year (and an ever growing love for Devon), Phil became the CU Staff Worker in Plymouth, and is currently continuing his work among students there, helping them to "know Jesus and make Him known". When not working with his students, he enjoys reading by the sea, playing football, or visiting the local pubs with his friends

Phil works with these CUs...

Please give now to support Phil’s vital work with Christian Unions. We can’t do this without you.

Partner with Phil in prayer by receiving a prayer letter.