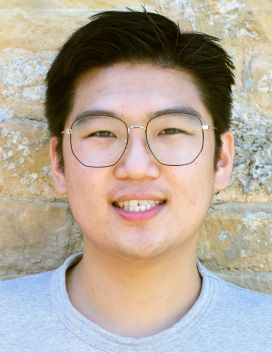 Dohyun became a Christian just before starting university in 2013. During his first year of Fine Art at Goldsmiths, he was very passionate but still very young in his faith. He remembers thinking that he was an artistic genius and asked churches in London to support him and his work which he believed would bring loads of people to Christ. The truth is his work wasn’t even that good, and thankfully he did not hear back from any of those churches. However, God was faithful and brought him many great Christian brothers and sisters through church and CU who pointed him to Christ and taught him His Word. UCCF really helped Dohyun to grow in his faith and share it with others. It also showed him how his faith linked in with his artistic practice, and this is something he continues to share with the students he meets.

Dohyun is based in London, supporting students from art and design universities here and across the UK who face many hard but exciting challenges as Christians in their creative fields. His role as Arts Network Coordinator is twofold. One part of his role is to help art and design students nationwide to link their faith with their subject area. The second part of his role is being the staff worker for arts universities in London and helping students to run their societies and do campus evangelism. Dohyun’s prayer is that arts students will turn their eyes from themselves and their desires to Christ, submit themselves in obedience and worship of our holy God, reflecting His image more and more. He prays that they are filled with the joy of Christ and share His Good News while serving others.

Dohyun works with these CUs...

Please give now to support Dohyun’s vital work with Christian Unions. We can’t do this without you.

Partner with Dohyun in prayer by receiving a prayer letter.