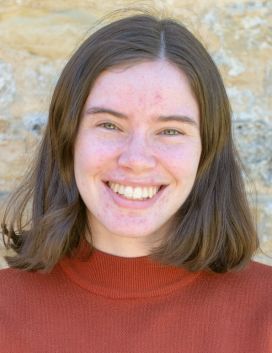 Laura is originally from a small town in South Wales called Chepstow but headed off to the University of Nottingham in 2016 to study Maths. Although she’d grown up attending church with her parents and had known God for most of her life, her faith really came alive during her university years.

She did not know what a CU was before going to university but through some Christian friends discovered the CU at Nottingham and it soon became a core part of university life. The community, the unity and the passion to talk about Jesus was not something she’d experienced in this way before and it was exciting to be surrounded by people who wanted to see the gospel proclaimed on campus. This made her think about evangelism in a new way and really sparked a desire in her to tell her friends about Jesus.

The CU’s impact on Laura was long lasting - she went on to complete Relay (UCCF’s graduate training programme) in Birmingham and is now the Staff Worker in Coventry (with a year in between spent interning with her church in Birmingham).

Laura really loves music, be it listening to it, playing it or even writing it. She also enjoys exploring new places, knitting and watching films.

Laura works with these CUs...

Please give now to support Laura’s vital work with Christian Unions. We can’t do this without you.

Partner with Laura in prayer by receiving a prayer letter.