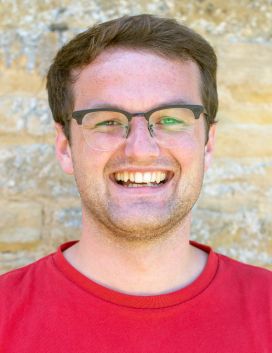 Sean grew up in Dover before moving to Nottingham in 2016 to study for a degree in Mathematical Physics. At university he became involved in the Christian Union, where he found himself being equipped and encouraged to share the good news of Jesus Christ with his peers. Amazed by the opportunity and openness which university provided for sharing his faith, Sean grew in his passion for and confidence in evangelism.

After graduating, Sean stayed in Nottingham as a UCCF Relay Worker. During that time he grew in his love for persuasive evangelism that presents the gospel in a compelling way.

When not working with students you will often find Sean on a run exploring a new place or relaxing with a book.

Sean works with these CUs...

Please give now to support Sean’s vital work with Christian Unions. We can’t do this without you.

Partner with Sean in prayer by receiving a prayer letter.